FORMER rural land about 11km south of Townsville’s CBD is setting the floor for some of the cheapest industrial land in the city.

The hitch is there are next to no services, apart from electricity.

Ray White Commercial Townsville agent Troy Townsend, who is selling the land on behalf of the State Government, said the blocks were selling for a fraction of the cost of more recognised industrial land in Townsville and yet were comparatively close to the port and CBD.

He said blocks of this size elsewhere fetched up to $140 per sq m – about four times Roseneath prices.

“It’s a good time to get in if you want industrial land and you don’t necessarily need all the services,” Mr Townsend said.

One of the buyers intends to use one land parcel as a plant and equipment depot.

Two blocks are still for sale.

Mr Townsend said that because of access, the two blocks needed to be sold together.

Mr Townsend said the State Government land had previously been zoned rural and had been earmarked for a park.

However, in recent changes to the town plan, the land’s zoning was changed to medium impact ­industrial.

HOW TO CREATE TRANSPARENCY FOR YOUR CUSTOMERS’ SAKE 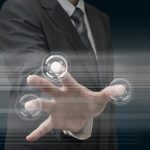 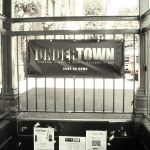