The Federal Government could save more than $5 billion per year through changes to negative gearing, according to research released by the Grattan Institute.

The independent think tank’s Hot Property report argues losses from new housing investments should only be deducted from other investments, instead of from wage income.

Chief executive John Daley is calling on the Government to also abolish the income tax deduction and halve the 50 per cent capital gains tax discount.

“It costs the Commonwealth a lot of money,” he said.

“Four little changes would increase the amount of tax each year — collected by the Commonwealth — by about $5 billion.”

Professor Daley said halving the 50 per cent capital gains tax discount over 10 years would raise an estimated $3.7 billion a year, while abolishing the income tax deduction after a phase-out period of 10 years would tip another $1.6 billion into federal coffers annually.

He said the combined impact of the changes would reduce house prices by 2 per cent, saying the impact on rents and new development would be minimal.

“And the other winners would be the nine in 10 taxpayers who do not negatively gear property.”

Under costings released from the Parliamentary Budget Office, the measures could save the budget $32.1 billion over 10 years once they come into force, but they have been criticised by the Grattan Institute as not going far enough.

Professor Daley argued that restricting negative gearing to new properties or limiting the dollar value of deductions left too many problems in place and introduced additional distortions.

“Grandfathering is great for grandfathers, but it’s very unfair to grandchildren,” he said.

“Essentially you create another free kick for older investors and you make it harder again for younger investors.”

Prime Minister Malcolm Turnbull has ruled out changes to negative gearing in next week’s budget, making the announcement alongside Treasurer Scott Morrison over the weekend.

Mr Turnbull said that changes, such as those proposed by Labor, would discourage “mum and dad investors”.

AUSTRALIA’S ECONOMY IS STRONGER THAN ANYONE THOUGHT 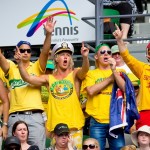